Home | News | Drinks from around the globe

Drinks from around the globe

Holiday season is upon us – everybody seems to be jetting off to somewhere incredible at the moment. But how do you like to spend your holiday? Are you one to lounge by the pool or at the beach and let relaxation take over, or are you more of an adventurer, taking in the local culture?

I love getting to know the culture, wherever I’m lucky enough to visit. Part of that for me (would you believe), is discovering wonderful new teas and coffees… But also, other drinks that are intrinsic to the lifestyles of the local populace.

Here are a few hot drinks from around the globe, some that I’ve been lucky enough to try, others that I’d love to, that you should keep an eye out for on your holidays.

Served from a pot that holds at least three cups, green mint tea is a very important part of Moroccan culture. The traditional tea ceremony involves the preparation of the tea in front of the guest. The flavour of the tea changes over the course of the three cups: “The first glass is as bitter as life; the second glass is as strong as love; the third glass is as gentle as death.” The tea is often served theatrically, from a pot more than a foot in the air into a glass.

Literally translated, chocolat chaud is hot chocolate. The French are known for having their hot chocolate game perfected, with high quality, bittersweet chocolate being combined with either milk or cream and typically otherwise unsweetened. Many cafes will make this ahead of time and allow it to sit for hours before serving.

Atole, or atol, is a celebratory drink that dates back to Columbian times. It’s made very much to taste – it can be thick or thin and as a comfort food, as sweet or spiced as you like. Made up of corn flour, sugar, cinnamon and vanilla, it is drunk as both a morning meal or as something to curl up with of an evening. 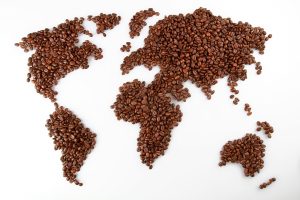 Bicerin is a traditional thick drink that embodies Italy’s love of all things coffee. Espresso is topped with a decadent hot chocolate, then a layer of heavy whipped cream is added. Indulgent and warm, Bicerin is popular in Piedmont, Italy.

Made infamous in England by the boys in the 2018 World Cup, Mate has enjoyed a surge in popularity. Mate leaves are steeped in hot water and drank through a straw that acts as a sieve, too. Known as a digestive aid and a way to reduce blood pressure, it is traditionally a sharing drink with its own etiquette and technique.

Traditionally made by soaking aniseed in milk, Anijsmelk is anise mixed with hot milk, commonly made nowadays by adding anise sugar cubes (anijs blokjes) to warm milk and stirring. It’s known as a sleep aid that calms the stomach.

Liquor, hot water and honey are mixed with herbs and spices, served warm in a glass. Typically, whisky, rum or brandy are used and the drink is often enjoyed before bed or when returning home from a bout in typically damp, British weather.

Wherever you’re heading on your holidays this year, I highly recommend trying the local delicacies and tipples and treating your tastebuds to something different. If you’re not going too far afield, why not pop in and let us take you around the world with flavours of the globe in the comfort of your own home or The Pekoe Café at Northern Tea Merchants? From Japanese teas to Caribbean coffees and Cuban herbal infusions, we have plenty of options to suit every taste.